It is finally time to release what we have been working on for so long! This update is a big milestone in what we knew Raft could be, and we are super excited to share it with you all! Check out this video for an overview of the new features and read on for more details:

For the longest time, you have been left with no choice but to survive the oceans all alone. Your raft has been void of friendly life (except for the occasional human. Urgh!). But that is about to come to an end! You can now find and bring fluffy, cute animals onto your raft to accompany you on your journey! Apart from being a companion, these animals also provide renewable resources for further adventure. The new animals are the Llama, Goat and Clucker, which produce Wool, Milk and Eggs respectively. 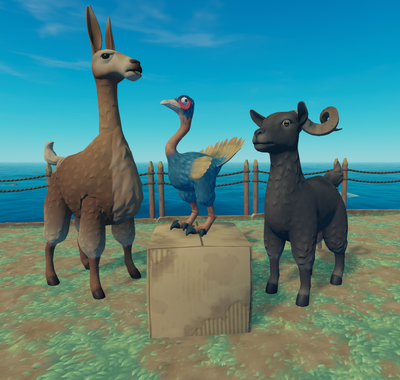 In order to get these animals to your raft you will of course have to catch them somehow. Seeing as they are quite fast, you will need something that quickly launches a net. That is where the Net Launcher (suitable name, I know) comes in handy. Combine some pipes, an old oil can, and explosive powder - and you’re ready to make some nets fly! 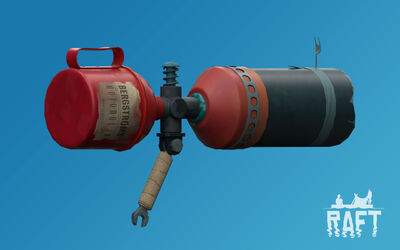 In order to make sure your animals are comfortable and are kept fed on your Raft, you will need to invest in some grass plots. Without them your animals will not have anything to eat and will eventually perish! These are placeable squares that connect together to form a neat seamless field. Add a bit of water and Boom! You got yourself a lush meadow!

To craft grass plots, you want to gather some Dirt from the large islands. This is done using the new Shovel!

A new enemy has landed on the large islands. While the Warthog is a big beast, you do not want to mistake it for a slow one. You will need to be on your toes to avoid his tusks! 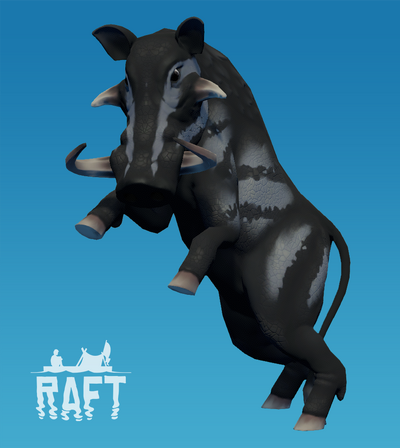 Apart from gaining its head and the accompanied glory, killing a Warthog also yields leather, which is useful in the crafting of…

With the leather from a warthog and the wool from a llama, one can craft a number of things. The first of those includes armor and a backpack. These are not simply fashion accessories, but actually lets you carry more and protects you in a fight. 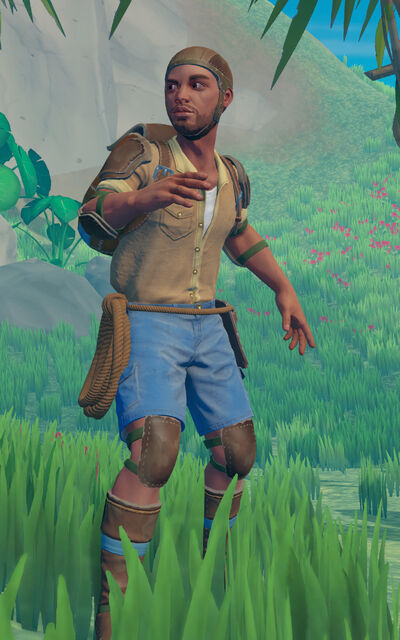 Seeing as the Clucker now produces eggs, the Seagull no longer drop these, which was a necessary balance adjustment to make sure eggs would not be available in abundance. Eggs are now also an ingredient when crafting Healing Salve. Healing Salve is a quicker way to heal if you do not feel like waiting too long.

Apart from introducing all of the above, this update also brings a lot of systems that will greatly help us in adding more content in the future! Ground and raft AI movement, tiling build system and the armor system are just a few of the systems which took a lot of work getting set up but are now ready to be utilized more!

Oh! And we also added some visuals for the Flippers and Oxygen Bottle. 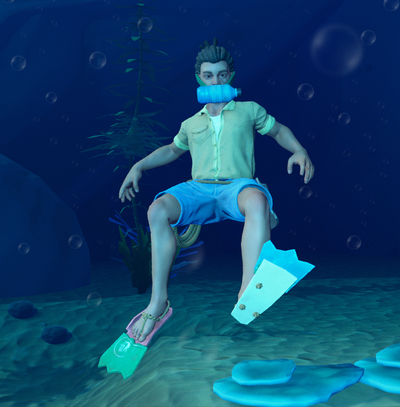 We really hope you enjoy this update!