We're extremely happy to announce that the Large Island Update is finally here! We have worked tirelessly to get a lot of awesome content and new features in the game for you to enjoy. Read on for a detailed description of each feature, or watch the quicker update video right here: https://www.youtube.com/watch?v=Gmei_eFTL2s

The large islands are now in the game! You will be able to find them by following the beep on the receiver after getting to the radio tower. The large islands will play a key part in the new advanced cooking system, containing many natural resources exclusively found on them.

The screecher is now in the game, and can be found roaming (and protecting) the new large islands! It will attack you on sight, bombarding you with rocks if you get too close to the island. You can shoot down the screecher with a bow and arrow, or try to face it in a spear battle! 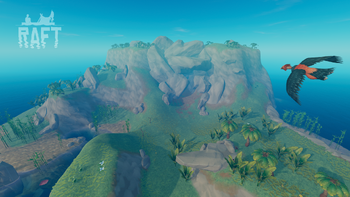 This cute, but extremely toxic and deadly pufferfish will roam around the reefs of the large islands, protecting the loot and resources it contains. You can either try to sneak by it, or you can face it in a deadly battle - but be vary, it will go boom if you get too close to it!

We've implemented advanced cooking this update, which allows you to sustain your hunger much longer. There's a total of 11 new recipes, which are found in crates at rare locations. 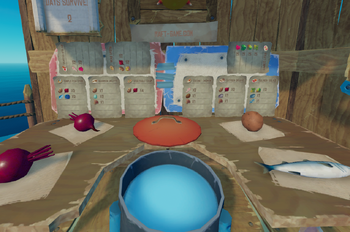 A chat is now available, so you can chat with your friends from in-game with ease!

We have reworked the trophy boards so you can now show off all your foes and catches. 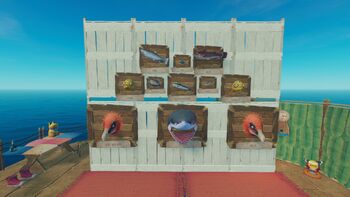 Small, cute schools of fish will now swim around the reefs and create a more aesthetically pleasing environment. These fish will not be catchable, but will swim away if you get too close to them!

A toggleable option has been added to the setting menu that will turn off swaying and waves completely, so those of you who get seasick / motion sick can now go on a rafty adventure!

Hats.. hats... and more hats! You can now decorate your head with a greater variety of "hats". 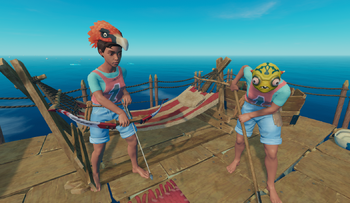