Edit
This page is available in other languages: English - Polski

Machete is a Weapon in Raft.

The Machete’s blade appears to originally be a street sign which says ÖSTERÄNGE 26. This sign most likely came from Sweden as Österänge is a Swedish city, which could possibly have something to do with the Vasagatan story.

The Blueprint: Machete is found on Balboa Island, inside the Mama Bear's Cave. Once acquired, the Machete can be used as a powerful weapon and can also cut down vegetation and tape that may block the player's path. 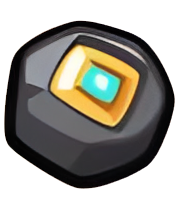